It’s hard to find a decent Friday lunch in this city, as most restaurants opt to throw ridiculous over the top brunches instead of a simple a la carte menu.  However, mall restaurants don’t typically do brunches in Dubai.  Perhaps it is a directive from the Ministry of Tourism to protect innocent tourists from being exposed to the decadent gluttony exhibited in the usual Dubai brunch.  So, if you’re looking for a low-key weekend lunch, might be worth heading to a mall.  Which is precisely what we did. 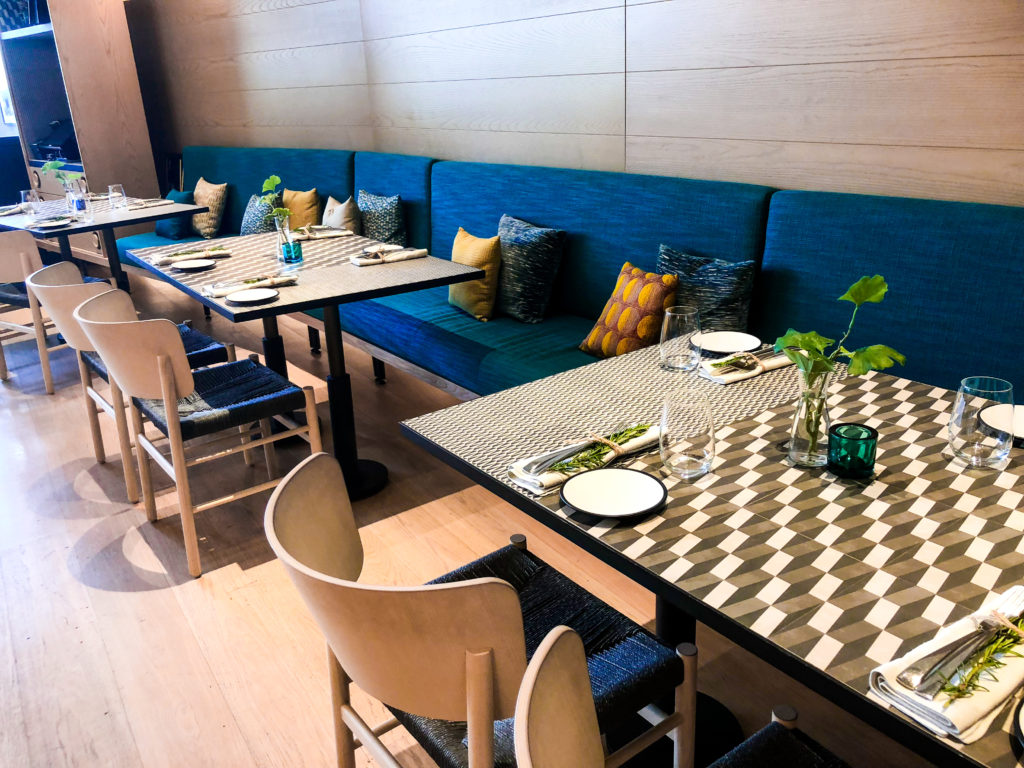 Gia Ristorante is part of the same portfolio that has Markette, Two at Symphony, Candylicious, Angelinas and Social House.  Strangely, all these restaurants can be found in the Dubai Mall only. I’m sure it’s a coincidence, but it’s as if there is some sort of link there.

Gia is an Italian restaurant, founded in Indonesia, open in Dubai Mall.  That’s like a Mexican inspired Taco joint from Toronto opening in Dubai Marina.  It’s what I call a Dubai “Special.”
[rml_read_more]
Gia is a word that can be pronounced many ways – with a soft G, hard G, High I, low I, it offers multiple ways to get confused.  However, we were informed at the door that it was pronounced Guy-a .  That doesn’t really help either. 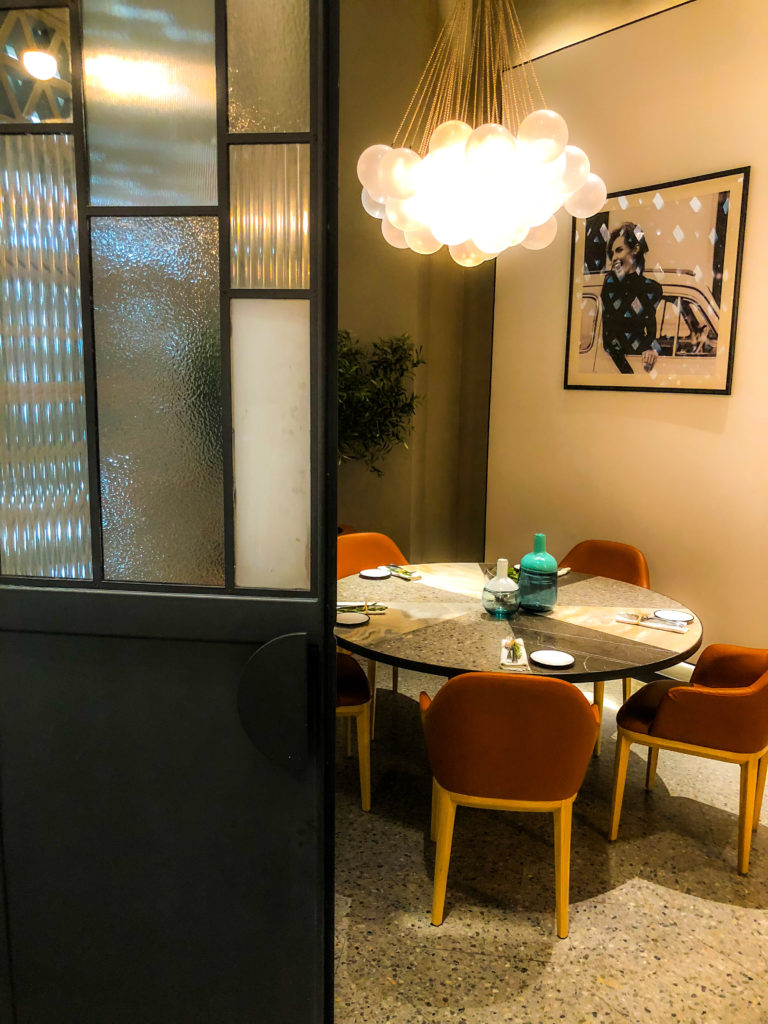 The menu follows the tried and trusted ‘Italiational’ menu and offers no real surprises.  However, that is quite sensible for a Dubai Mall, Fashion Ave location.  There are appetizers, soups, salads, pizza, pasta, main courses and sides and the dishes have been created with an understanding that their customers are likely to be from hundreds of different countries.

We ordered bruschetta to start and share and then, like uneducated savages, we went with pasta for our mains.  We ordered the spinach fettuccine with wagyu meatballs, the spinach, and ricotta ravioli and the penne chicken ragu.  Two of those three dishes are decidedly absent from a traditional Italian table.  I told you we were savages.

The Serb did exceptionally well, as the menu had three languages to navigate and usually her patience is tested at simple menus that dare to use words rather than pictures.

I placed the order with our affable waiter who gravely warned me that the fettuccine was green because it contained spinach.  I would have liked to have been a fly on the wall for the original guest complaint that created the need for that stark warning.  Maybe someone went on a Hulk rage.  I nodded my understanding to our waiter who looked genuinely relieved at my response and left to punch in the order. 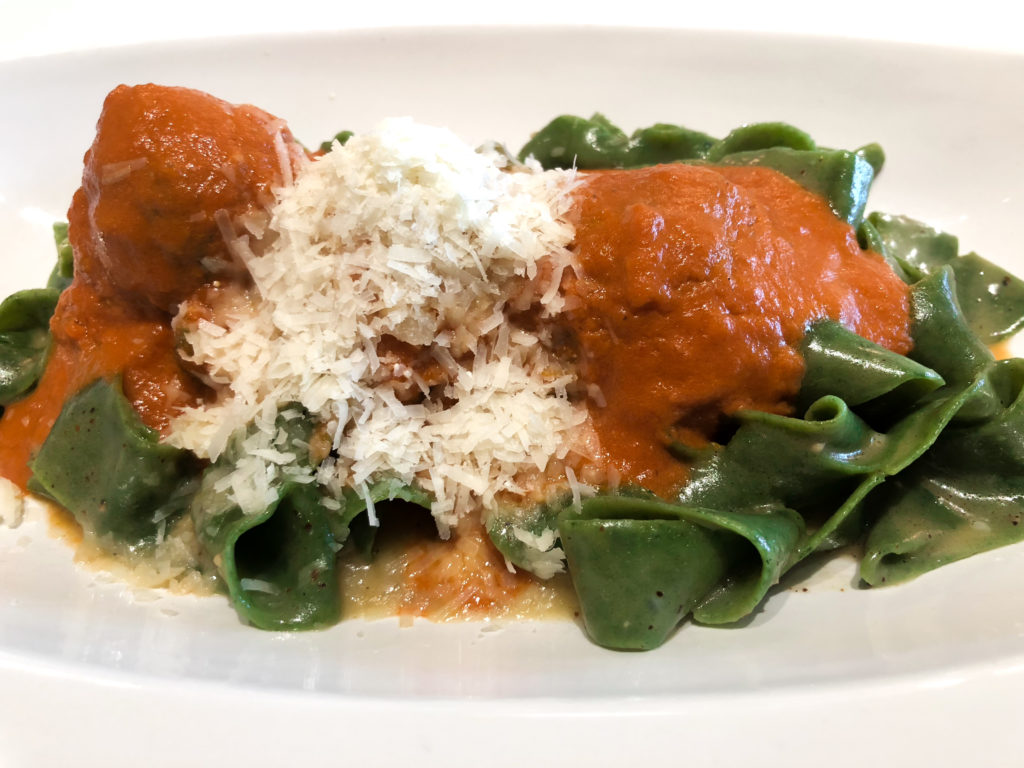 Gia is a very agreeable space – lots of natural wood, ribbed glass partitions and a beautiful glass-encased show kitchen that looks like Dr. Who’s Tardis has landed in the middle of the restaurant.  In this case, it would be Medico Chi’s Tardis.  In Italian homes, kitchens play centre stage, so it was nice to see Gia’s kitchen being given the same importance.  They also have a great little outdoor terrace with the mandatory olive trees, overlooking the fountains that must be in high demand.

It wasn’t busy when we visited, and the ambiance suffered a little from this, although it’s a nice sized restaurant and small enough to feel intimate and included, despite not being full. 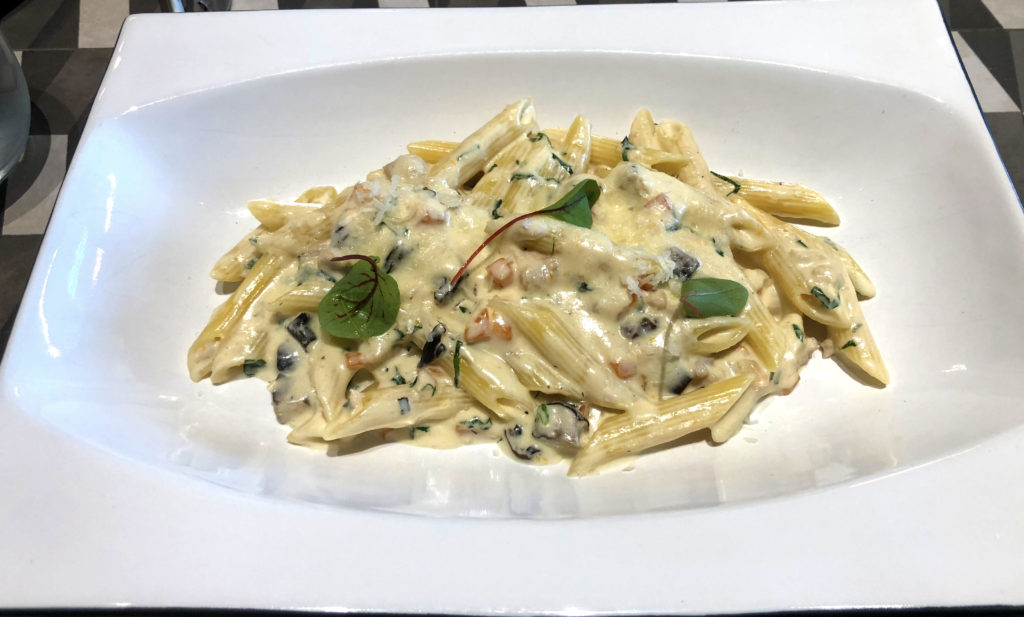 I have come to terms with the Dubai bruschetta and have accepted the fact that it will never taste as good as ones in Tuscany.  It’s about provenance and terroir and mood and emotion, and it’s impossible for Dubai restaurants to replicate that.  Gia’s bruschetta suffered the same fate.  The homemade sourdough bread was good, but the tomatoes were watery and diluted, both in colour and flavour.  It was almost as if they had been frozen.  However, combined with the fresh mozzarella, olives, and capers, it was a fresh, clean and well balanced few bites.

The spinach fettuccine arrived in the promised colour.  I thought about complaining to the waiter that it wasn’t green enough, but I fear it would have been a complaint too far for him.  The pasta was cooked well, probably a touch softer than in Italy, with the merest hint of spinach flavour.  The Wagyu meatballs were a disappointment. Mixed with too much bread and other fillers, they became chewy and lost the umami flavour that I was expecting.  If Wagyu is proving too expensive, drop down to prime or choice cuts, would be my suggestion.  However, the tomato sauce was delicate, quite sweet and fragrant. 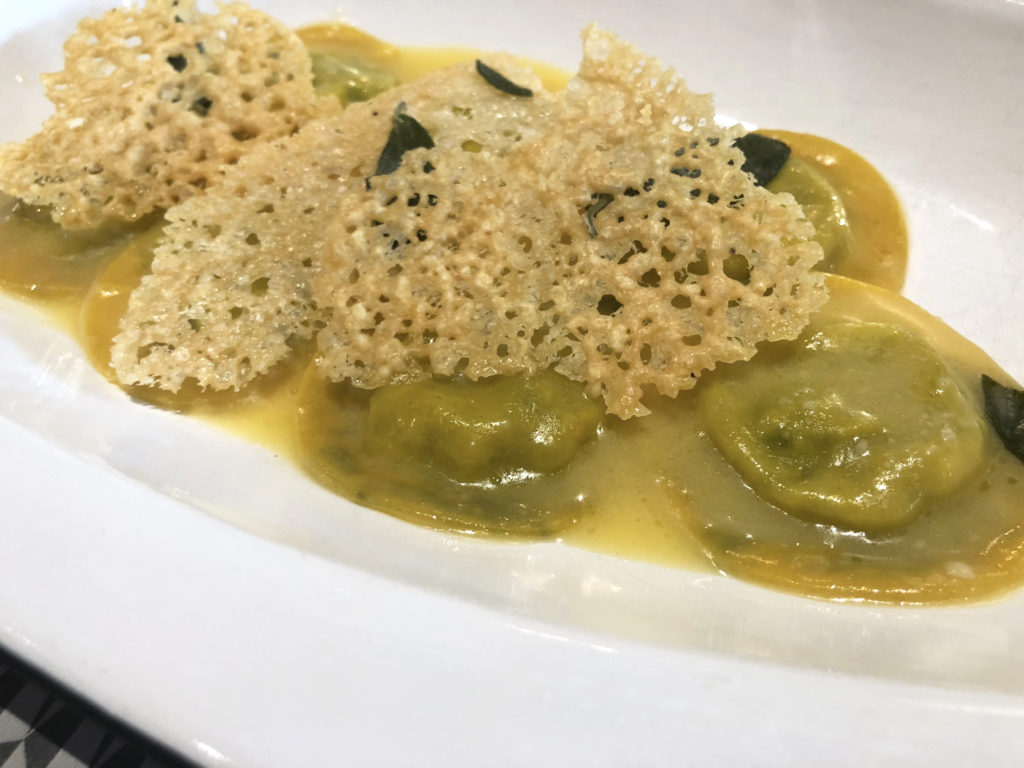 The penne pasta was good, but to be honest, you can’t really go wrong with chicken, mushrooms, and cream.

Ravioli, the only traditionally Italian dish we ordered, dates back to the 14th century and is more often than not, filled with ricotta, spinach, and nutmeg.  Gia’s ravioli were delightful stuffed discs of deliciousness, in a thickened butter sauce, served with parmesan crisps.  They were generously filled, although I would have appreciated a little more ricotta to spinach ratio. I’m your food cost’s worst nightmare.

Gia’s pasta is all freshly made, and their ingredients are of high quality.  The staff are friendly and fun, led by a switched-on manager who spends quality time with her tables.  Overall, a safe, reliable Italian go-to and probably the best Italian in Dubai Mall right now.